skip to main | skip to sidebar

I was over the border today, in Brunei. It was an outing with my 2 colleagues, Aziz and Nordin. While there were missed and wrong turns, it was still a fun outing, better than expected even.


After a brief breakfast in town, we drove to the border and straight on to Bandar Seri Begawan. I decided to park the car at the Yayasan Sultan Hassanal Bolkiah and make it our 'center of operations'. Took some snaps in front of the large picturesque mosque. Then to cool off, we 'toured' the Hua Ho Departmental Store, before our next stop, the waterfront.

The waterfront or riverside was buzzing with speedboats. We ended up taking a ride in one. The boat owner took us along the river until we reached a spot where we could see part of the Palace. Then he proceeded to take us on a tour of Kampong Ayer. It was an interesting boat ride. We passed hundreds of houses over water. Every now and then we get a friendly wave and peace sign from kids and school students, with our cameras it was obvious we were 'tourists'. It was interesting to learn that there are more than 10 schools in the water village!

The boat ride took about 40 minutes. The boat owner quoted us a total fare of B$25 (RM 60) for the tour. I guess it was quite reasonable, RM20 per person. The 'official' boats for sightseeing of the water village would have been more costly. Here are a couple of snaps to share. 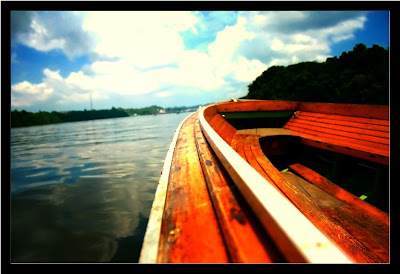 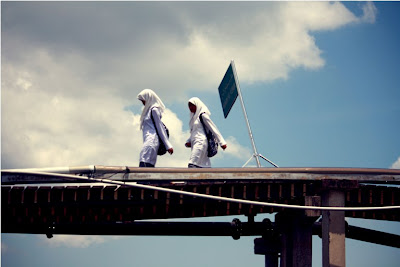 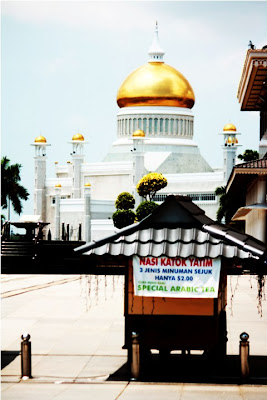 I am followed by these wonderful people